Perhaps one of the greatest questions of our time, is whether or not infinity exists. Infinity is a perplexing concept, and sometimes it is hard for people to believe such a thing could be possible. Perhaps it’s because it’s hard to think of a never-ending concept, apart from our world where almost everything has a start and a finish. It still does seem strange though, for something to have no end. Infinity can be applied to many different things, such as math, physics, and outer space. It seems as though everything we know of has a beginning and an end, which is why it can be overwhelming to think that the cosmos we live in might not.

In life, infinity most likely does not exist. However, in math, it is likely that numbers are infinite, because math is a man-made concept, just like infinity. Humans made numbers, so humans can also allow those numbers to go on forever. However, in other situations, it is much less likely for things to be endless.

In outer space, if infinity does exist, we will never be able to prove that. This is because if we don’t find an end, we can always say that we just haven’t reached the end yet. It seems odd to think that something goes on forever because, because what exactly is forever? Mathematician MacGregor Campbell says, “…there is currently no way to test whether it goes on forever or is just very big”. In fact, all scientists seem to agree on the fact that we will never find the answer to this mind boggling question. 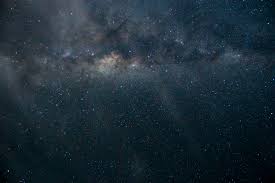 One could argue that nothing is infinite, but the human race might not be around long enough to find the end of everything. This is basically saying that, whether or not infinity exists is not meant to be known by humans, and never will be. We know a lot about our Earth, but not too much about places beyond it, because it is so difficult to study.

Our technology has been making extremely fast advances in the past decade. However, the farthest in space that humans have ever visited was circling our own moon. In the grand scheme of things, from Earth to Earth’s moon isn’t far at all. In fact, it is only 238,900 miles to our moon from our planet. The distance to the end of our universe, however, is 45 billion light years away. So, our technology has a very long way to come, just to reach the end of our universe. Not to mention the supposedly infinite places beyond that.

Another thing to take into account is, if there is an end, what is it? Is it like a wall blocking us from going any further? Is there something beyond that wall? Is there life beyond infinity? We may never know.