Have you ever wondered what it is like getting tackled by a 300 pound man? Well some people do that for a living, and that’s football players. They mostly play in the NFL which stands for National Football League.

Concussions are a very dangerous issue they can be caused be just falling and hitting your head, but for football players that is basically everyday.  This is such a big issue because with too much hits to the head it can permanently hurt you. The definition of concussion is “ is a violent shaking or a shock, or an injury to the brain, particularly as the result of heavy blow to the head. Which you can see is not a good thing. 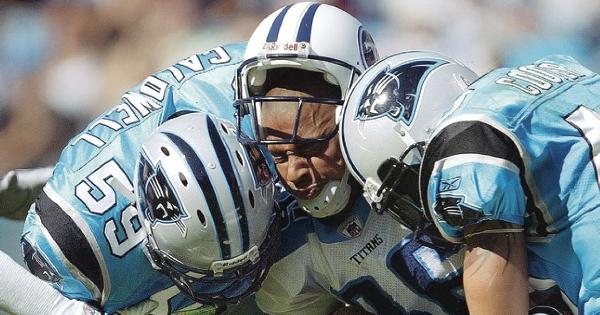 There have been a big number of football players who suffer from concussions, but some are worse than others. A disease that some retired football players have is called CTE, which is linked to repeated blows to the head.This disease can only be found after death. Just some players who suffered from CTE are Jovan Belcher, Forrest Blue, Bill Bryant, Lew Carpenter, and many more sad injuries.Some signs that show CTE are depression, changes in speech, constant headaches, and other dementia-like symptoms.Also, some of these people who had CTE went crazy and even went suicidal. This issue is not just in the NFL. This especially is in younger leagues because it is more hits on the head.

There has been a lot of things trying to stop this sport, but it is so popular, and the NFL is making Millions. The NFL is trying to fix this problem too. They set out a challenge called the Head health challenge. This challenge is not only for football, but it is for everyone. The challenge winner were 6D Helmets and Dynamic Research.They won because the material not just helps, but it absorbs some of the blow. The NFL has also tried to donate money to cte research. They donated 1 million dollars to BU Center for Athlete Brain study,  to stop concussions. The NFL also changed some of the rules to try not to get so many hits on the head. But some people think this issue is never going to go away. They have also made a movie called concussion, which talks about the same issue. It talks about the NFL not wanting to talk about this problem, because they are making so much money. Also some players probably don’t care too much about this issue, because there making millions too. A lot of people say that football won’t stop, but the new generation might stop playing.